The bicentennial’s 3rd national signature event was held at St. Louis, Missouri. The event commemorated the 200th anniversary of the Louisiana Purchase transfer from Spain to France to the United States, opening the way for Lewis & Clark to explore the western territory.

Members of the Osage Nation were welcomed to their ancestral homeland for the first time in 200 years.

Otoe-Missouria History and the Role of Otoe Women: Presentation by Sylvester Alley and members of the Otoe-Missouria Tribe of Oklahoma.

Tree Within a Tree Osage Ceremony: Legacy planting and dedication by Osage Tribal elders and leaders. 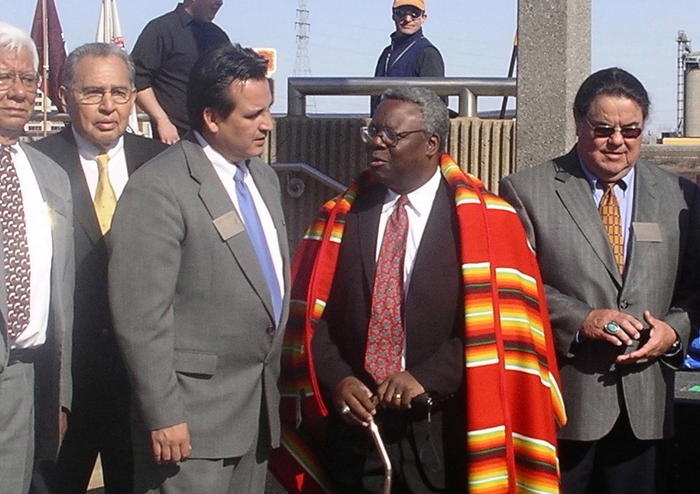